Governor Babagana Zulum of Borno state, on Tuesday, September 21, paid a surprise visit to the Ramat Polytechnic, owned by the state government but was met with a rude shock over the state of infrastructures in the institution.

The governor who is an alumnus of the polytechnic was shocked to see that workshops and laboratories in the school were no longer functioning, as they were all covered by cobwebs, and rodents were seen roaming around the lab due to neglect. 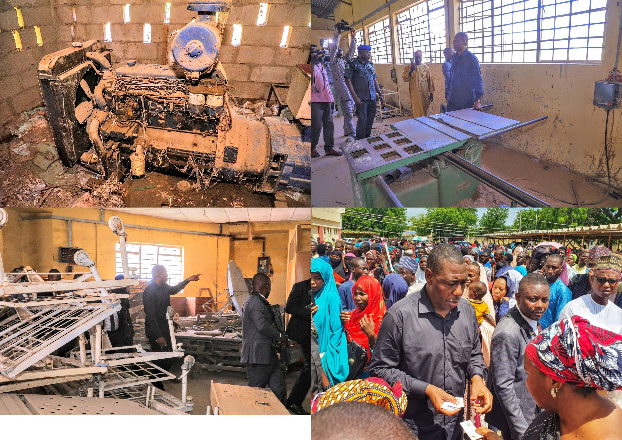 After a thorough assessment of all infrastructures and learning conditions by the governor, the institution management was suspended for a period of six months, and the State’s Commissioner for Higher Education, Science, Technology and Innovation, Dr. Babagana Mallumbe was directed to take over the affairs of the School immediately.