20 Taraba State corps member have been involved in a motor accident which claimed the life of one of them, and left the others badly injured. A local government inspector who was also present in the vehicle sustained various degrees of wounds as a result of the incident which occurred on Monday.

The incident was confirmed by the Coordinator of the National Youth Service Corps (NYSC) in the state, Florence Yaakugh, on Tuesday. She disclosed that accident occured when a Toyota Hiace bus conveying the corps members to Sarduna Local Government Area of the state for their primary assignments had a head-on collision with a minibus which was attempting to overtake two trailers at a time 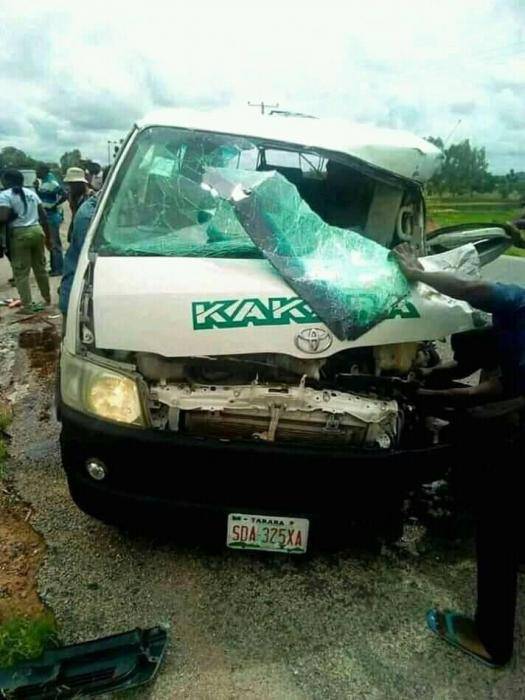 Yaakugh revealed that the incident occurred after the mandatory three weeks orientation course, at a location just less than a kilometre away from the orientation camp. She said that the njured victims were rushed to the Federal Medical Center in Jalingo, the state capital.

“Right now, am preparing for the burial of one of the corps members who passed on yesterday (Monday); all others have been discharged from the hospital except five who are still receiving treatment at the FMC Jalingo,” the NYSC coordinator disclosed.