The female 15-year-old SS2 student of Government Secondary School in Ikot Ewa, Cross River State, that was caught with a locally made gun in school, has confessed to having gotten the weapon from her married lover, Okon Effiongham, who is a father of 6 children.

The student confessed to being a cultist during interrogations, revealing that she got the gun from her married boyfriend and it was being taken to a blacksmith before her arrest. 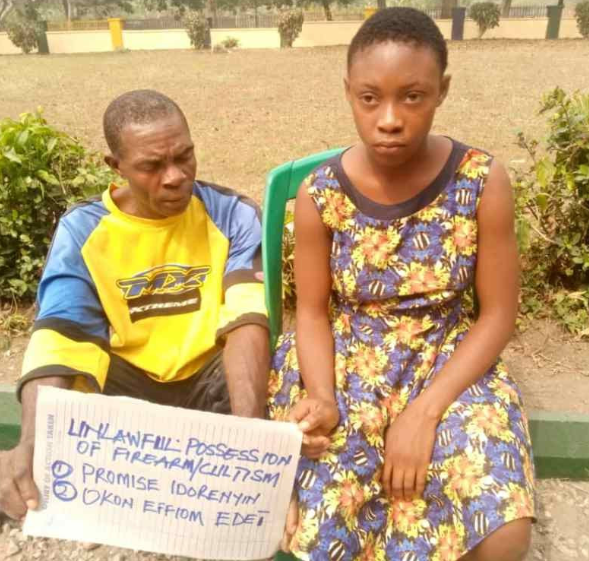 Earlier reports had suggested that the student had taken the gun to school to shoot a teacher who had instructed her to shave her colored hair. Catch up on the story here.

She was paraded alongside her lover who owns the locally made pistol, and 11 others for various crimes on Friday, Feb 19.

Viral photos of a headmistress office sited under a tree