The principal and two teachers of Mount Saint Gabriel's secondary school, Makurdi have been accused of inflicting injuries on an SS3 student of the school for playing chess in class.

According to Facebook users who shared the story online, the student had requested to leave the classroom while an Economics class was ongoing since he wasn't partaking in the class. His request to leave was rejected by the teacher, who then asked the student and others to sit at the back of the class. 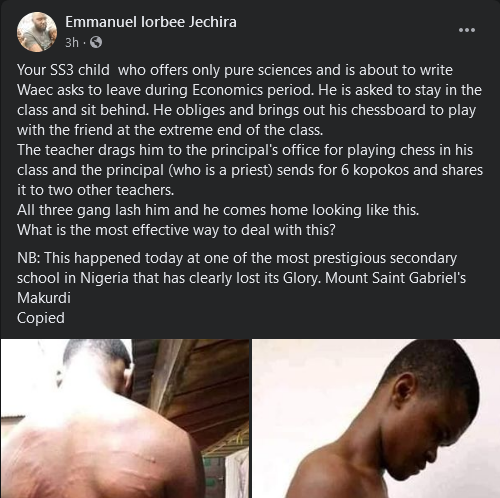 While waiting for the class to be over, the student brought out a chessboard to play with another of his classmate who wasn't part of the class as well. They were accosted by the teacher and taken to the principal office, where he was severely beaten, leaving his back with bruises.