A lecturer with the Rivers State University (RSU), Professor David Ogbonna, was on Tuesday, June 28, arraigned before a Magistrate court sitting in port-Harcourt over allegations of unlawful and sexual assault of a female student.

In the charge, professor Ogbonna was accused of assaulting a female student, aged 29, by inserting his manhood into her vagina, thereby committing an offense punishable under section 360 of the criminal code CAP 37 Vol.11 of laws of Rivers State, Nigeria 1999. 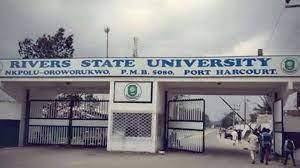 He, however, pleaded not guilty to the charge and was granted bail to the sum of N2 million with a surety that must be residing in the magisterial district.

The case was adjourned to July 20 for trial.