The Kaduna Zonal Command of the Economic and Financial Crimes Commission, (EFCC) has arraigned a former vice-chancellor of the Ahmadu Bello University, Professor Ibrahim Garba, for alleged theft and money laundering.

Garba was arraigned alongside Ibrahim Shehu Usman, who served as the institution's bursar during his administration for the same crime on Thursday, January 12, 2023, before Justice A. A Bello of the Kaduna State High Court. 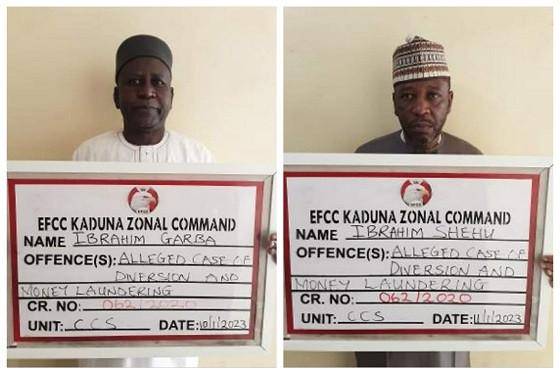 Their arraignment comes after a group accused the duo of diverting monies meant for the renovation of the popular Kongo Conference Hotel, Zaria, and an investigation established that over one billion Naira was allegedly stolen from different accounts of the institution by the defendants and diverted into their private accounts.

They, however, pleaded ‘not guilty’ when the charges were read to them and were granted bail in the sum of N10 million each and a surety in like sum who must own a landed property within the jurisdiction of the court.

They are also to deposit their international passports with the registrar of the court, while the case has been adjourned till March 15 and 16, 2023 for trial