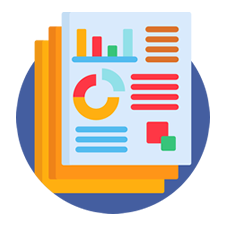 The study examines television and drug abuse campaign among Nigerian youths, case of Health Talk programme on NTA Jos. The research examines how television campaign against drug abuse influences the Nigerian youths. The study area was Jos (Jos North Local Government Area). Data collected was through the use of questionnaire. 300 questionnaires were distributed to people of Jos North Local Government Area. The study also aimed the impact of health talk programme on NTA Jos in creating awareness against drug abuse among Nigerian youth. This study therefore recommends that local television should have original and captivating content in order to get the attention of the youth. Interesting interviews, drama, advertisements etc. are few ways of getting the attention of the youths while pushing the message on drug abuse.

There is no limit to the study of media and society. Media and society as a subject covers a wide range of issues. Communication has a lot to do with the individual. It effects and defects are so notable that they cannot be swept under the carpet. Media and society are interwoven and neither of them can exist without the other. But first, what is communication? Fiske (1990) defines communication as “social interaction through message” Jaya- weera (1991) sees it as an interaction process through which persons or groups relate to each other and share information, experience and culture. Looking at the above definitions communication can be said to be the transferring or transmitting of ideas, attitudes and information from one person to another. Okunna (1999) throws more light on the above assertion when she says “to communicate basically means to share ideas information, opinions, feelings or experiences between people.
The effects of television are of particular interest to those involved in drug abuse prevention because of this medium's ability to reach a variety of populations, including adolescents (Klein et al., 1993; Romer, 1994). Television is by far the most widely used means of disseminating prevention messages, usually in the form of PSAs (Backer, 1990). Understanding television's potential effects on at-risk populations, whether when used alone or in conjunction with institutional or other media channels, is vital to campaign designers; so the confounding of television's effects with those of other channels in many otherwise well-designed campaigns is unfortunate. Studies involving the use of televised anti-drug PSAs alone, on the other hand, generally suffer from mistakes in campaign execution, including violating two of the principles discussed previously: (1) lack of widespread, frequent, and prolonged exposure to messages-in several campaigns, PSAs were aired outside prime time and/or on noncommercial stations, and then only infrequently; and (2) lack of appropriate segmentation or targeting—many anti-drug PSA campaigns have been directed at nonidentifiable audience segments (Flay & Sobel, 1983).
According to conventional wisdom, it could be possible to use mass communications to get people to act on behalf of their own health and well-being or to do right things. Based on this assumption, since World War II, the Federal, State and Local Governments, private foundations and other non-governmental organizations have sponsored hundreds of public service campaigns to promote social rather than commercial “goods” (DeJong and Winsten, 2000).
Drug as Croen, Woesner, Hermann & Reichgott (1997) puts it, is any substance that when absorbed into the body may modify one or more physiological functions. Illicit drug use may impair functional ability resulting in the user’s physical, social and emotional self-harm (Croen et al. 1997). A large number of students in many learning institutions across the world have been exposed to alcohol, tobacco, khat, glue sniffing, bhang (Otieno & Ofulla, 2009). A review of literature by Chebukaka (2014) shows that currently 1.3 billion people use tobacco and 230 million people aged between 14-18 years use illegal drugs. According to UNODC (2012), Africa and Asia account for 70% of global population using opium and its derivatives. In West Africa, studies have consistently shown that there is considerable prevalence of drugs and substance abuse, with varying prevalence rates found for both overall and specific drug abuse (Abdulkarim, Mokuolo & Adeniyi, 2005). The use and abuse of drugs by adolescents have become one of the most disturbing health related phenomena in Nigeria and other parts of the world (NDLEA; 1997). Several school going adolescents experience mental health programme, either temporary or for a long period of time. Some become insane, maladjusted to school situations and eventually drop out of school. It is not surprising then that prevention advocates would look to the mass media particularly television as an important aid in addressing the problem of high risk of drug abuse in society. Some advocates have pushed for reform or other restrictions on the sales of addictive drugs, others have sought to influence entertainment producers to end the proliferation of illicit drug use on newspapers, magazine, television and in the movies (Montgomery, 2009). More recently, prevention advocates have produced a small number of media campaigns designed to change student and youth knowledge, attitudes and behavior.
1.2 STATEMENT OF THE PROBLEM
The continuous abuse of these drugs has led to a situation of drug addiction and the addict developing a bondage to the drug. The effect of drug abuse is detrimental not only to the individual but to the society as a whole. Yet this problem is on the increase especially among those in higher institution of learning, which is a serious threat to our national sanctity (Neele, 2015). However, it has been alleged in some quarters that the media particularly television in Nigeria has not accorded much priority to champion campaigns on creating awareness on the menace of drug addiction albeit affecting a significant majority of the youths across the country.
1.3 RESEARCH OBJECTIVES
The specific objectives of the study are as follows;
1. To determine the exposure of youths to the programme health talk on NTA Jos.
2. To examine the impact of health talk programme on NTA Jos in creating awareness against drug abuse among Nigerian youth.
3. To examine how often discussions on drug abuse are featured on the NTA television station Jos.
4. To find out the attributes of youths to the programme health talk on NTA Jos.

1.4 RESEARCH QUESTIONS
1. Has the mass media awareness on drug abuse reduce the unlawful use of drug in the society?
2. Does NTA station Jos educate and enlighten the general public on the bad effect of drug abuse?
3. Does the station or mass media as a whole promote drug abuse through advertisement and alcohol promo?
4. Is there any problem facing NTA in creating awareness in drug abuse?
5. What are the effects of drug abuse in the society?
1.5 SIGNIFICANCE OF THE STUDY
This study stands to be of great benefit to the television station as it serves as a feedback to the station on its efforts towards the fight against drug abuse.
It shall also be of benefit to the audience and the public as it educates on the issue of drug abuse and its detrimental effects on their health and morality in the society and the need for a change in the attitude towards the menace stressing the need for them not to indulge in such practices so as not endanger their lives and future.
The study shall also serve the academic community as it adds to existing literature on this topic for other researchers to consult for academic pursuits.
1.6 SCOPE OF THE STUDY
The study shall focus on investigating how the Nigerian Television Authority has fared in regard to the fight against drug abuse in the society looking at the extent at which they create awareness on the issue through programmes, jingles and news stories.
Buy Now