A twitter user with username @harrydaniyan took to the social media platform to share a story his mother told him about financial discipline.

According to him, his mother was a teacher at Government College Ibadan, and at the time, staff were given loans to buy a car and repay the loan in 4 years. Other staff bought brand new cars but a particular male staff bought a fairly used car and hired a driver and was laughed at by his colleagues who mocked him for hiring a driver to act like a '''big man''. 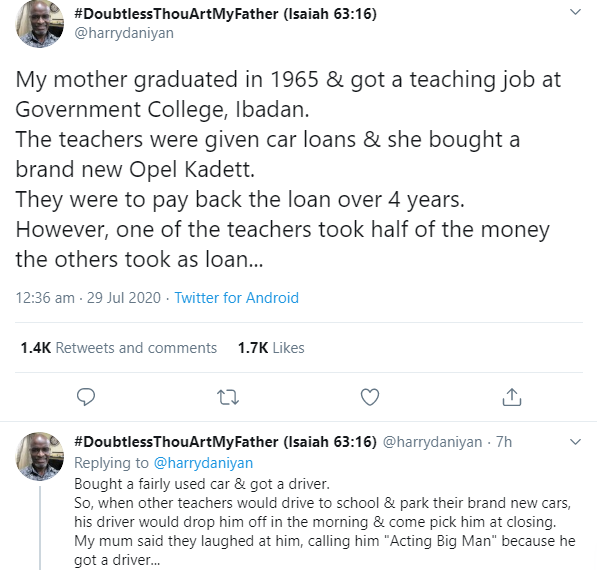 while other staff came to school with their cars and parked the cars till the end of the workday, the man's driver dropped him off, then drove the car out for taxi business. The teacher was able to pay back the loan in 1 year and by the end of 4 years, while other teachers were still repaying their loan, he had 6 taxis already.

Read the thread below;