One Olufowoke Oladunjiye Emmanuel, a National Diploma holder of Yaba College of Technology, Lagos has been arrested by men of the Rapid Response Squad (RRS) for blackmail. The 19-year old Electrical Engineering graduate from YABATECH had blackmailed veteran singer, Salawa Abeni earlier this year with her nude pictures.

It can be recalled that, earlier in April 2020, veteran singer Salawa Abeni raised an alarm on social media after an unknown person tried to blackmail her with her nude pictures. The blackmailer had threaten to release her nude photos in his possession  if she fails to pay him some money. 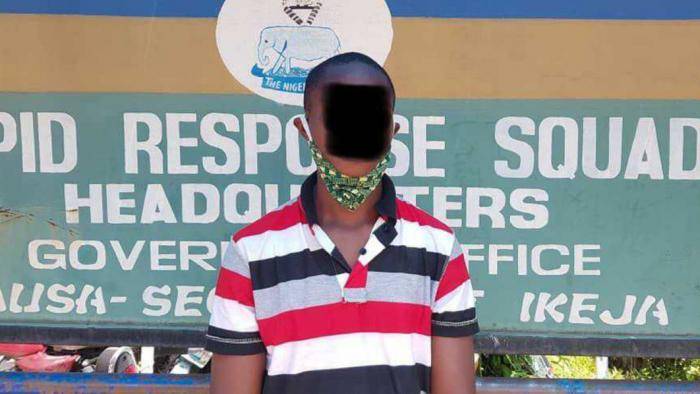 The suspect confessed to the crime saying that he picked up a memory card containing the nude photos of the singer on the floor in YABATECH in November 2019. After downloading the photos, he decided to contact her after getting her number on the internet.

YABATECH Notice To Part-time Students on Completion of Registration

YABATECH Notice To Part-Time Students On Online Commencement of Lectures