UNILAG Innuagurates Task Force On Harrassment and other Offenses

The University of Lagos has set up a task force to address issues of sexual harassment with a view to curtailing the ugly tide.
This was contained in a statement released by the university Principal Assistant Registrar for Communication, Mrs. Taiwo Oloyede, that the move is in continuation of the institution’s unrelenting campaign against the menace of sexual harassment and other forms of inappropriate behaviours.
This comes after the institution recently suspended two senior lecturers exposed to alleged sexual harassment in a BBC investigative documentary video, ‘African Eye’

The task force is mandated to examine the extant University of Lagos policy on sexual harassment, receive complaints from faculties, departments and other units concerning matters that border on sexual harassment.
It is to also receive oral and written testimonies from staff and students involved in cases of sexual harassment and recommend appropriate sanction for offenders. In addition to other functions, it will also put forward counseling and other therapies for mitigating the adverse effects of sexual harassment on victims and carry out other duties aimed at eradicating the ugly trend from the institution. 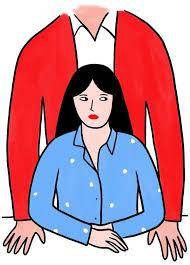