A number of aggrieved female students barricaded the school gate of the Cross River State University (UNICROSS), in protest against incessant robbery attacks on female hostels on the institution campus.

The protesting students who were over a hundred in number, convened at the school's main gate in the early hours of Tuesday, November 22, preventing teaching, non-teaching staff, and visitors from gaining access to the institution. They carried placards bearing various inscriptions to air their grievances. 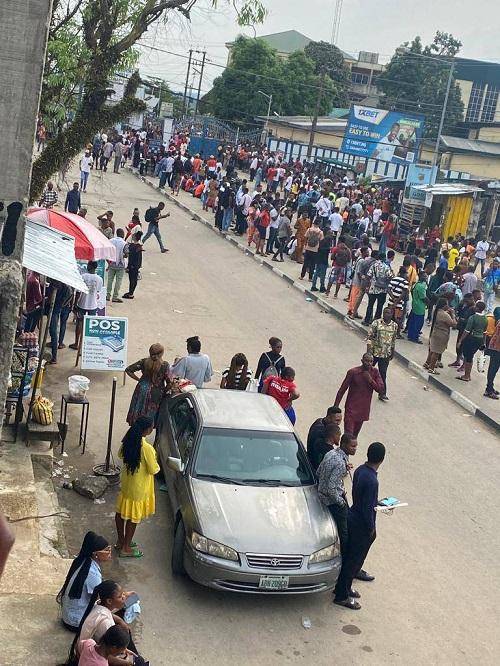 Speaking to newsmen, one of the protesters said they have been three different robbery attacks in the past five weeks since the resumption of school activities and in every attack, the robbers cart away several of their valuables including mobile phones and household items worth hundreds of thousands of Naira.

The students further stated that the protest was staged to call the attention of the world to the failure of school management in securing their lives and properties. 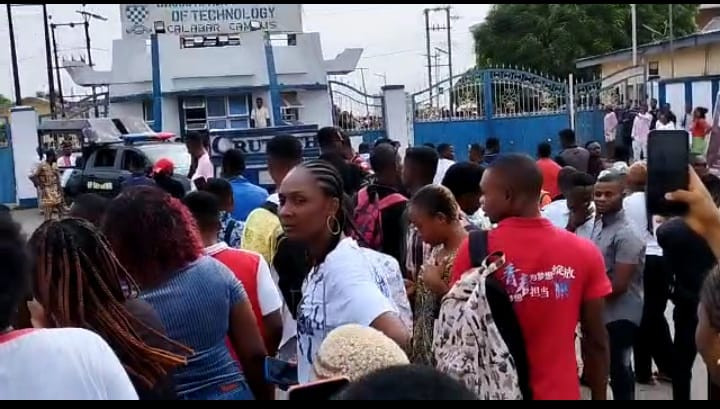 UNICROSS fraud notice to students, prospective students and the public