UNIBEN student shares his frustrations with the incessant ASUU strike

A disappointed student of the University of Benin has shared his frustrations with the incessant strikes embarked on by ASUU.

According to the student, he gained admission in 2019, and despite spending 3 years in the university, he is still in his second year. The student compared his fate to that of his friend who is in a private university and is about to graduate despite the fact that they gained admission at the same time. 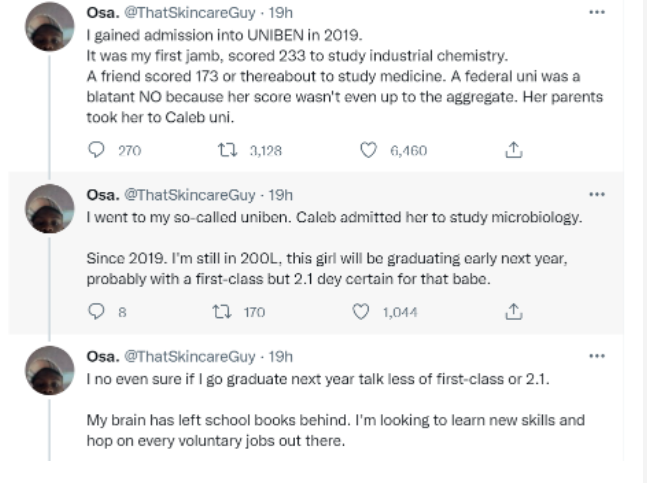 The student said this has made him lose interest in furthering his education and wants to learn new skills and volunteer for jobs.

UNIBEN students stage another protest over the ongoing strike