Two 200-level students of the Michael Okpara University of Agriculture, Umudike (MOUAU) identified as Decency and Victor were found dead in their room in a case of suspected poisoning.

It was gathered that the students had sent a motorcyclist to buy food for them the previous night, only to be found dead by their neighbors the following day after breaking into their room. 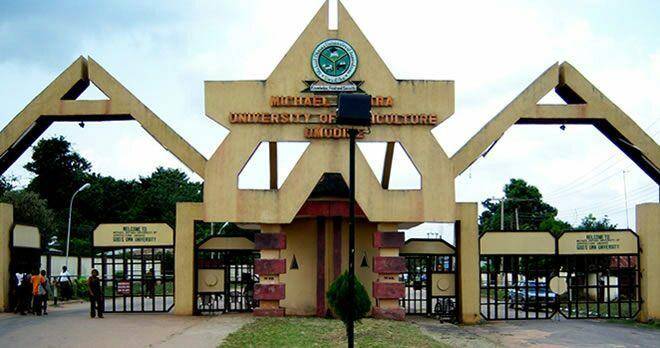 Victor was said to have vomited blood while Decency was found with a white substance in his nose, fuelling speculations that they might have died from food poisoning.

The PRO of MOUAU, Adanma Odefa who confirmed the incident, said;

She added that the police have taken their corpse to the morgue and their families have been informed of the unfortunate incident.

Before his death, Decency was the incumbent Public Relations Officer (PRO) of the Students Union Government (SUG) and sought re-election for the post.

MOUAU notice to all graduates