Three Delsu Students coming from Benin are alleged to have burnt beyond recognition after their bus somersaulted several times before bursting into flames.

They were on their way to Abraka, when their driver lost control while trying to avoid a pothole. After the bus somersaulted, the students were said to have been trapped in the bus as it burst into flames. 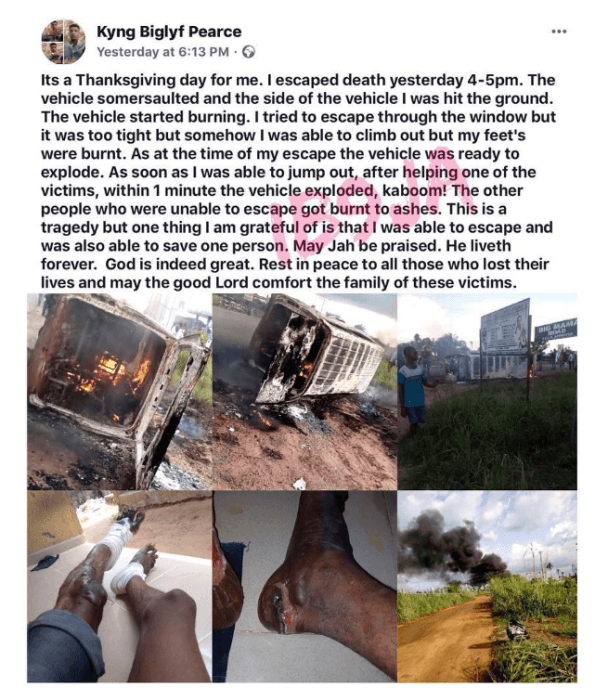 stephcruzdiva
2 years ago
this is a very sad news. may God comfort d family of those who lost their lives
Like 0    Dislike 0    Reply    Quote    Follow