The management of  Usmanu Danfodiyo University, Sokoto (UDUS), had recently made moves towards enforcing the institution’s Dress Code. This unanticipated development has stirred up controversy between management and the students, who see the enforcement as a violation of their rights. It started on the 24th of May, when some new students observed to be dressed indicently were sent back to their hostels to change into more befitting outfits. 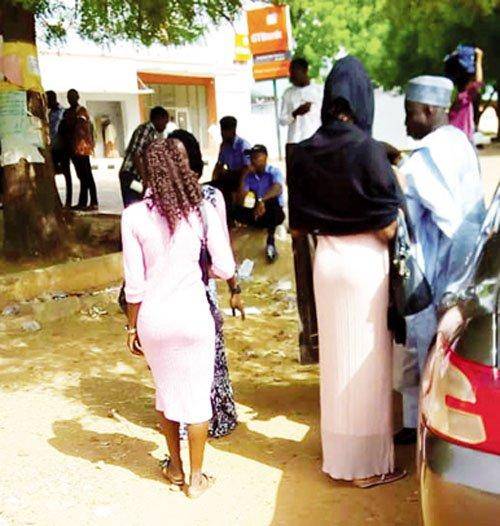 According to the fliers, the banned dressings include: dresses that expose the chest region, unbuttoned shirts, use of tight-exposing or transparent dresses, sleeveless shorts, worn-out trousers/skirts, heavy make-up and excessive  jewellery. Others include T-shirts with provocative messages, as well as sagging and wearing of shorts/miniskirts.

Male students are barred from wearing earrings, necklaces and perming or weaving of hair. They are also not to wear dark glasses during lectures except on medical ground. Similarly, their female counterparts are not allowed to wear shorts, except within the hostels.

The Dean, Student Affairs, giving reasons for the new dress code, attributed it to the moral decadence among students, stating that it was not based on religious sentiment, He warned that those who fail to imbibe the new culture would be dealt with.

Some students have however asked that the management make a clearer distintion between the approved dresscode and the prohibited. They udged management to properly brief the security officers on the acceptable dressing code, so they stop "harassing students on a daily basis" based on their own personal opinion of the proper and improper dresscode.