SSANU and NASU extend strike by one month

The Joint Action Committee (JAC) of the Senior Staff Association of Nigerian Universities (SSANU) and the Non-Academic Staff Union of Educational and Associated Institutions (NASU) have announced an extension to their warning strike.

The unions in a circular jointly signed by the national president of SSANU, Muhammed Ibrahim, and the general secretary, Peters Adeyemi, said the strike has been extended by another one month to give the federal government more time to meet their demands. 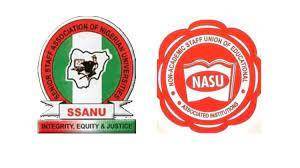 SSANU and NASU had first commenced a two-week warning strike on 27 March 2022 citing the government's nonchalant attitude in meeting their demands as a reason for the industrial action. The strike was extended by another two weeks upon the expiration of the first warning, as the union threatened to embark on an indefinite strike.