Men of the Nigerian military have been accused of opening fire at university students who gathered to protest against the continuous closure of tertiary institutions because of the disagreement between the federal government and the Academic Staff Union of Universities.

Recall that the national body of students association had directed its branches to protest against the ongoing ASUU strike until the strike is called off. Consequently, students have been peacefully protesting in various states across the country. However, the Ondo chapter of the protest turned bloody as videos posted online captured the moment security operatives shoot recklessly at unarmed students. 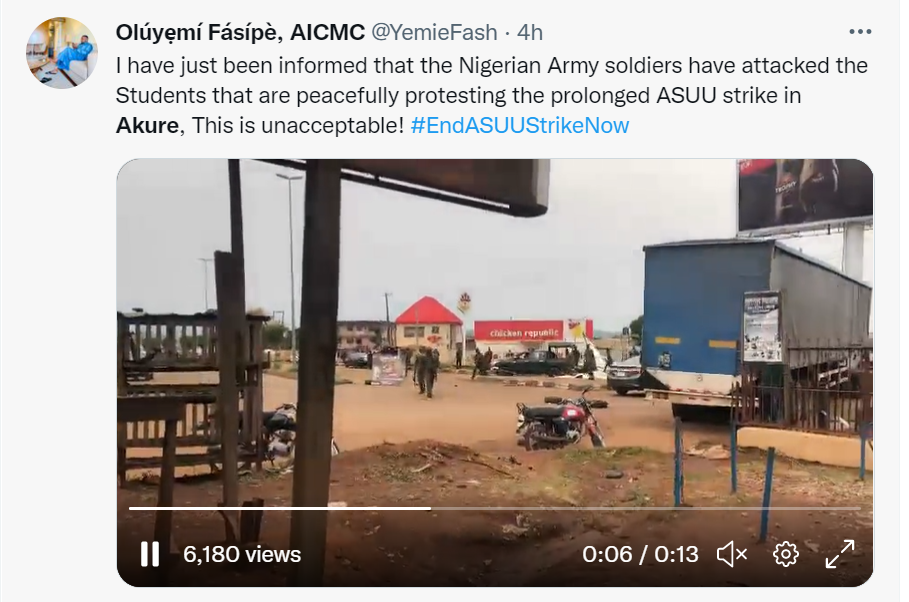 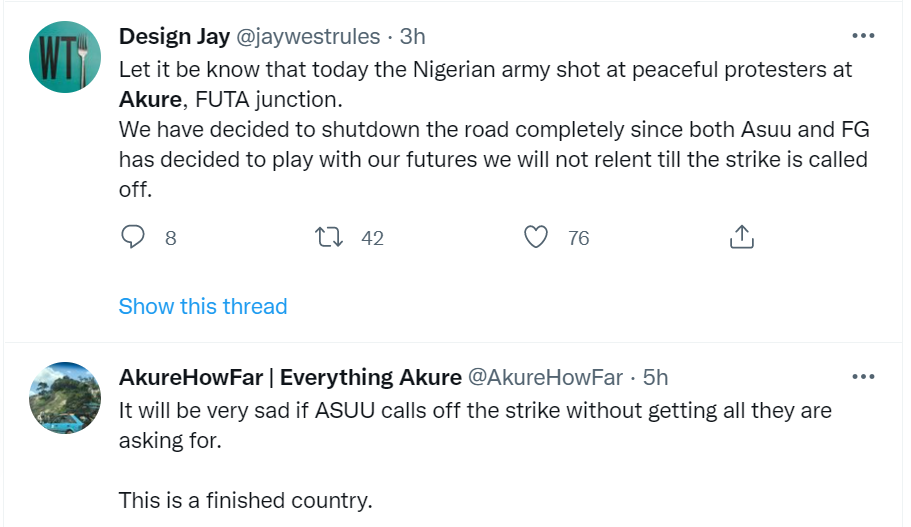 FUTA senate rejects the appointment of prof. Oladiji as vice-chancellor