Several workers at the Lagos office of the West Africa Examination Council, (WAEC) are said to be trapped in the building following a fire incident that occurred at about 6:30 am on Wednesday, October 26.

According to reports, the fire started in the middle of the high-rise building located in the Yaba area of Lagos, as those trapped in the building were seen frantically calling for help. 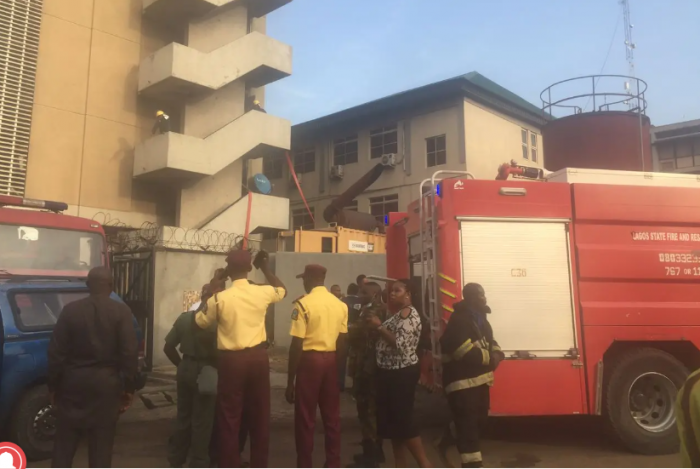 Though the cause of the fire is yet to be ascertained, the Lagos State Fire and Rescue Service and other emergency responders are presently at the scene to put out the fire.

Update: Soldiers invade UNIBEN to retaliate the assault of their colleagues