Former Imo State governor and senator representing Imo West senatorial district, Rochas Okorocha has hit back at the Imo state government for renaming the Eastern Palm University (EPU), after K.O Mbadiwe, shortly after a son of the late politician decamped to the ruling party.

Rochas in his comebacks argued that the university was set up based on a public-private partnership between Imo state and the Rochas Foundation, adding that it was disrespectful and insulting for the Hope Uzodimma led-administration to rename the university with the consent of both parties. 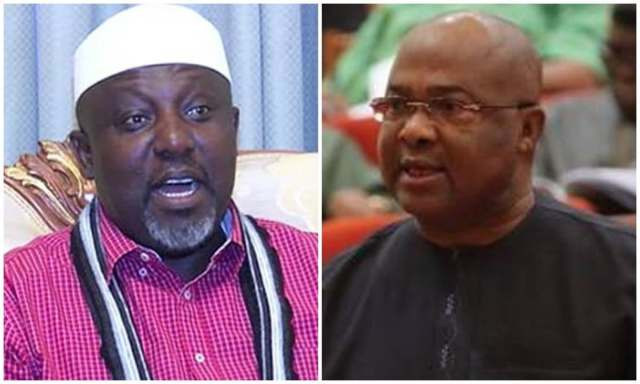 He also condemned the State House of Assembly for repealing the law establishing the university. According to Rochas, the revocation order is in violation of the law, as the consent of the two parties involved in the establishment of the university was not sorted.

The Imo State House of Assembly had on Wednesday, 17 February hastily passed a bill revoking the law establishing the EPU. Read here