An unidentified student of the Rufus Giwa polytechnic, Owo Ondo state has been macheted to death by unknown assailants on Wednesday February 10.

The public relations officer of the institution Samuel Ojo confirmed the report, stating that the deceased student is yet to be identified. 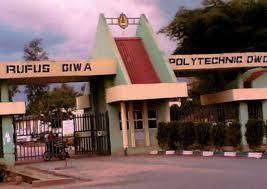 He dismissed the rumors making the rounds that the death of the student is link to the student union government election slated to hold this week. According to Ojo, there's no evidence to support that the killing is linked to the upcoming election, as it happened outside the university campus.