Protest in Ekiti State University as Over 900 Workers Get Sacked.

Ekiti State University workers decided to boycott academic activities at the institution over mass retrenchment in the school on Monday, December 9th. This comes after over 900 workers were sacked by the institution on December 5. The sacked workers were those who are alleged to have been recruited between 2016 and 2017, during the tenure of Ayodele Fayose, the former governor of the state.

Reason for the mass retrenchment was said to be based on discrepancies found in the certificates of some of the affected workers, while others were also found not to possess the requisite certificates from the primary level. The lecturers who protested within and outside the institution’s campus blocked the entrance gate as early as 7: 45am, chanting solidarity songs.  The aggrieved and protesting lecturers barricaded major roads and prevented vehicles from either leaving or entering the campus. This protest disrupted academic activities, and the administrative block was besieged, chasing out workers from their duty post. 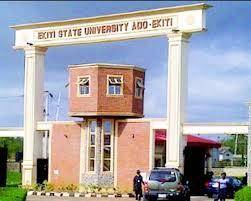