Consequent to the protest staged by students of the Abia State Polytechnic over the alleged raping and molestation of one of their colleagues by a police officer, the Abia State police command has swung into action and fished out the culprit.

The culprit who was later identified as Corporal Chinedu Nwachukwu has been dismissed from the force after an orderly room trial in Umuahia and he will face trial in a competent court of law for rape, extortion and other offences. 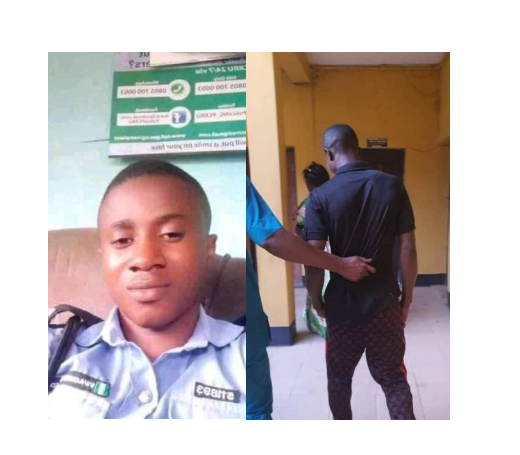 It can be recalled that on Thursday, September 23, students of the polytechnic had staged a peaceful protest over the alleged rape of an 18-yr-old female student of the institution by operatives of the Rapid Response Squad (RRS) in Aba, Abia State while she was in detention.

During the protest, the students had demanded that an investigation be opened into the alleged offence, and the police officers were filmed firing shots into the air, to dismiss the protesting students.