The Enugu State Police Command has confirmed the arrest of Dr. Chigozie Odum, a senior lecturer with the Department of Archeology, University of Nigeria, Nsukka (UNN).

His arrest follows a petition from the family lawyer of a female student of the university identified as Onah Chinyere, who was impregnated by the lecturer. 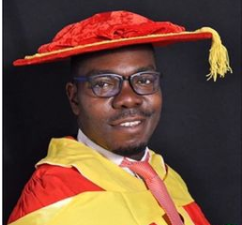 According to the petition, the lecturer had bragged about being a cultist and threatened to harm the student as well as ensuring she never graduates from the said department, should his sexual advances be declined.

It is also alleged that the lecturer called the student to his house and forcefully had sexual intercourse with her.

UNN staff accused of harassing a student, making her kneel from 10am to 5pm due to her dressing (video)