Oyo State Governor, Seyi Makinde has reassured the public that the state has what it takes to restore the lost glory of Ladoke Akintola University of Technology (LAUTECH). He made the declaration on Saturday, adding that the real work to reposition the university and take it back to the glorious days when it was adjudged the best state-run university has now begun.

This is following the resolution of the ownership crisis over the Ladoke Akintola University of Technology, LAUTECH, Ogbomoso by the National Universities Commission (NUC), between Osun and Oyo states, in which the main campus of the university in Ogbomoso was ceded to the Oyo state government, while Osun state would now own the College of Health Sciences located in Osogbo. 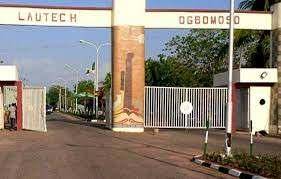 While speaking, Makinde appreciated his Osun State counterpart, Governor Gboyega Oyetola, for his cooperation all through the discussions.

The governor further maintained that Oyo State is ready to fully shoulder the financial responsibilities of LAUTECH, as it has been doing since the beginning of the year 2020. He mentioned that the state government has appropriated enough funds to the institution in the 2021 budget.

LAUTECH notice to graduates on collection of certificates

LAUTECH notice on requirements for collection of certificate by proxy