Prof. Richard Akindele, the OAU lecturer whose alleged undue and unproffessional telephone conversation with a female student was recorded and circulated on social media few days back has been suspended.

In the telephone conversation the lecturer was heard demanding to sleep with the female student 5 times before he could award her marks. 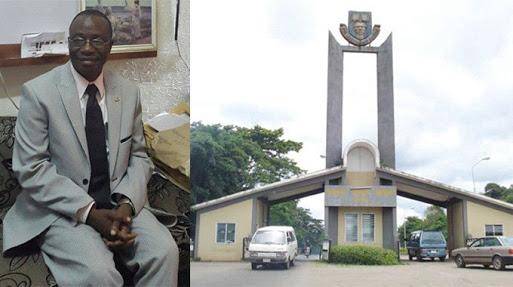 According to a member of the commitee that was set up to investigate the matter the committee recommended the suspension of the professor pending the time the final report will be ready.

It was learnt that the committee had earlier invited the professor and the female student but she did not appear. Only the professor honoured the investigation.

OAU Students Pictured Reading Outside, Due to the Nationwide Blackout