The management of the Niger Delta University (NDU) has bowed to the teaming pressure from students of the institution after the school announced a policy compelling students to wear uniforms while on campus or risk being sanctioned.

Recall that the institution had on July 7th announced an indefinite closure of the school after angry students marched around the university’s main campus at Amassoma to demand the reversal of the compulsory wearing of uniforms, closure of the fees payment portal, and the ban on Students’ Union Government activities by the management. 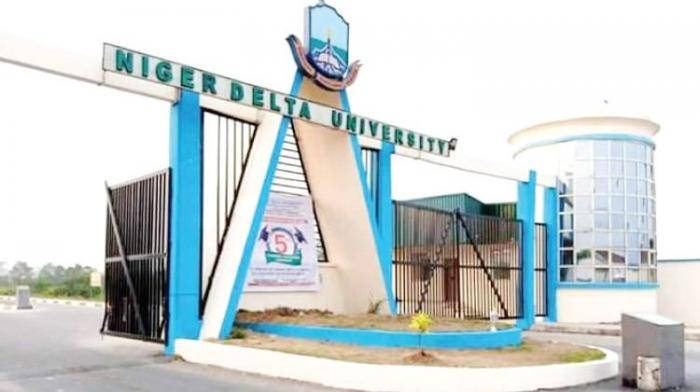 Consequently, the Bayelsa state government represented by the Deputy Governor, Lawrence Ehwrudjakpo, at the Government House, Yenagoa convened a mediatory meeting which had in attendance members of the Governing Council of the NDU and students’ representatives as well as other stakeholders to resolve the matter.

At the meeting, it was agreed that students will pay 70 percent of the school fees at the beginning of every semester, the remaining 30 percent to be paid before the commencement of second-semester exams. First-year students are required to make full payment of all fees to enable them to have their matriculation numbers.

The meeting also prohibited indecent and indiscriminate dressing by students, with all faculties directed to enforce their respective dress codes and other regulations as spelt out in the 2015 students’ handbook.

The students’ Union government of the school was also reinstated and the tuition portals students yet to make payments were reopened.

NDU notice to students on the decisions of Bayelsa State Govt. and the Management