The Armed Forces Selection Board (AFSB) Interview for 73 Regular Course of Nigerian Defence Academy (NDA) took place from 13 August – 1 October 2021. The List of Successful Candidates whose names appear below and could also be obtained at the NDA Official Website www.nda.edu.ng was successful at the AFSB  Interview.

The candidates have been offered admission into NDA for the 73RC. The successful candidates are to report to NDA Ribadu Campus (old site), Kaduna on Saturday  23 October 2021. Cadets upon admission into the Nigerian Defence Academy are full time students and not employees in training. They shall not claim any form of right or engagement whatsoever as an employee of the institution or Federal Government of Nigeria upon dismissal or withdrawal from the Academy before commissioning as an officer. 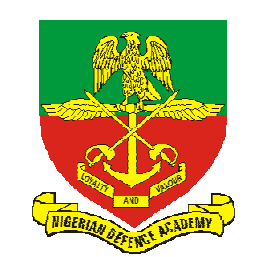 Any candidate who fails to report on Monday, 25 October 2021 will forfeit his or her place to a candidate in the reserve list. Selected candidates will be received on arrival at the Reception Centre located at the Centre of Excellence Building, NDA Ribadu Campus.

NDA Admission List For the 71st Regular Course Out