The Management of Renaissance University, Ugbawka, Enugu State, has provided details on the death of Obinna, a 400-level student of the institution. This was contained in a statement issued by the University Registrar, Mr Adedeji Olusola Adebayo.

His statement read, “On 3rd November 2020, Obinna Emmanuel Anorue, a 400 level student of History, reported at the university clinic late in the evening. He complained of fever and headache. He was transported to the clinic of our nearby affiliate institution, Mea Mater Elizabeth High School, where he was examined by the doctor and medications administered to stabilize him. He said he was okay, ate his dinner and was taken back to the university. 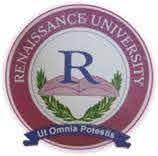 “Two days later (5th November), he came back to the clinic complaining of the same fever and headache, and on examination had tender epigastrium (upper part of the abdomen). He was also found not to be compliant with his medications. He was encouraged to adhere to his medications with antacids added.

“The next day when he was said to still be febrile and not adhering to the drug regimen, the doctor referred him to the University of Nigeria Teaching Hospital (UNTH), despite his insistence that he was doing good.

“But while on transit, he was reportedly diverted to the 82 Division Military Hospital. He subsequently reportedly passed in a private hospital in the early hours of yesterday.

“This is a moment of immense grief and sadness for the entire university community. Management is deeply pained by his tragic loss. Our hearts go out to Obinna’s family for the devastating heartbreak they are experiencing.

“We know the terrible news is difficult to process and affects members of our university community particularly his fellow students and friends. However, we urge for responsibility in the accounts dished out to the public in order not to dishonour his memory and aggravate the grief of his family and loved ones.

“The university is in touch with the family and is open to any inquiry that will establish what may have happened.”

We had earlier reported that the students passed on at a hospital outside the school where he was diagnosed with having kidney problem.