Mbagwu Johnpaul Chiagoziem has been widely celebrated online for his academic excellence after he bagged a first-class degree from Imo state university (IMSU). 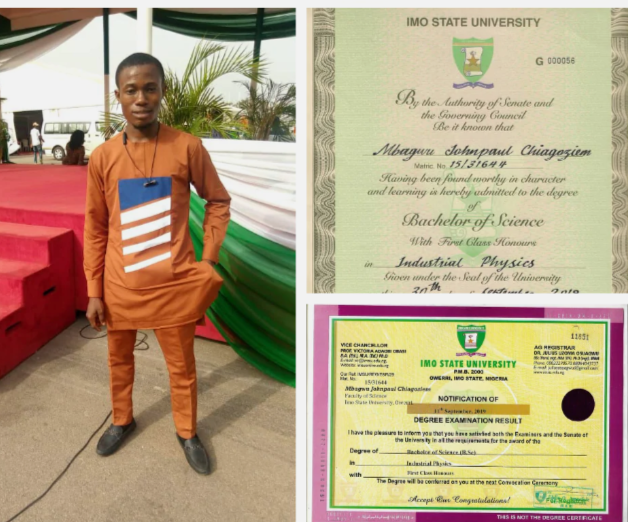 On how he was able to make history, Mbagwu said he was motivated to go for the record because his coursemates and senior colleagues said it was not possible to graduate with a first-class in the department.

Mbagwu also thanked one of his lecturers identified as Prof. T. C. Chineke who, according to him, was instrumental to his academic success.

IMSU notice on resumption for completion of 2019/2020 session