Samuel Ekani, a-20-year-old student of the Imo state university has been allegedly arrested for his involvement in robbery. The Vikings Confraternity member was nabbed alongside a 26-year-old man identified as Richard Ikenna by the Federal Special Anti-Robbery Squad.

According to report, Richard has been on the wanted list for rubbery and alleged murder. They were reportedly arrested at a hotel along Works Layout in Owerri. It was gathered that a victim of their robbery operation identified them when they were paraded by the police, one Paul reportedly narrated how he managed to escaped death after being robbed by the suspects. 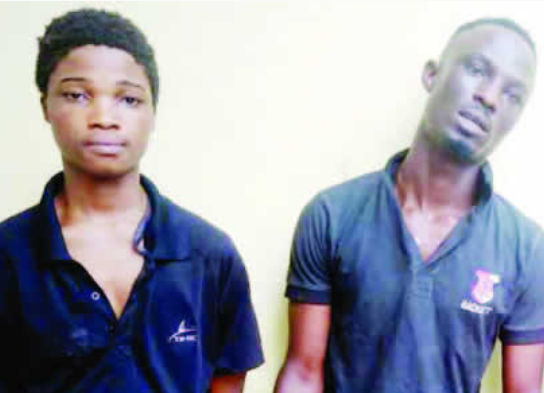 The Imo state commissioner of police, Dasuki Galadac, reportedly said a proper investigation will be carried out to make sure they are brought to book.