A final year student of the Ladoke Akintola University of Technology, Ogbomosho (LAUTECH) Opadele Racheal Abiola, has been abducted by gunmen suspected to be kidnappers in the early hours of Friday, July 29, 2022.

The Department of Fine and Applied Arts student who was working in a hotel due to the ongoing strike was kidnapped alongside the hotel owner after the gunmen invaded Abaa, a community in Surulere Local Government Area of Oyo state close to LAUTECH. 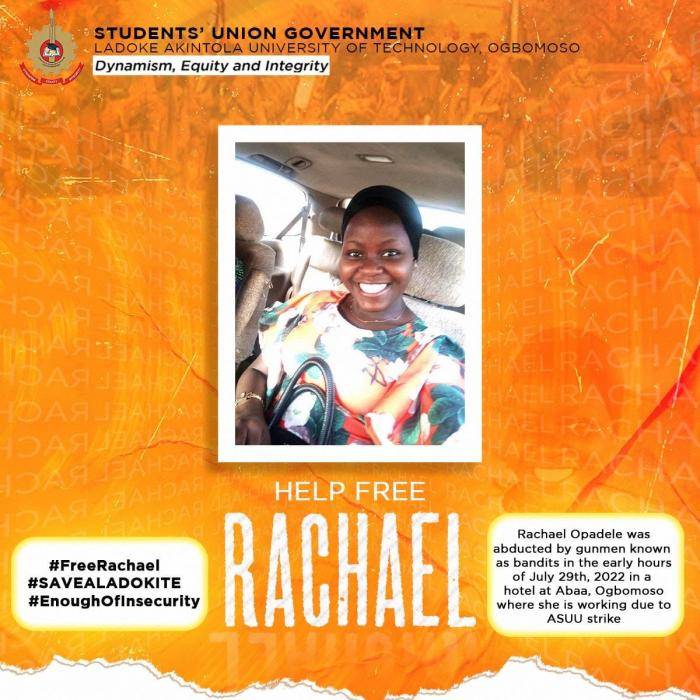 A statement issued by the Students’ Union Government of the institution, appealed to the federal government, state government, and security personnel, to help rescue Racheal and beef up security measures around the school campus.