The Governor of Lagos State and Visitor to the Lagos State University, Mr. Babajide Olusola Sanwo-Olu, has approved the reinstatement of Mr. Olayinka Mohammed Amuni, fnim, as Registrar of the University, with effect from Tuesday, 1st February 2022.

Recall that Mr. Amuni had been directed by the state government to step aside from his position on Friday, 21st May 2021, in the wake of the desolution of the former Governing Council of the University, until the completion of the process of the appointment of the 9th Substantive Vice Chancellor of the University. The process eventually culminated in the appointment of the current Vice Chancellor, Prof. Ibiyemi Olatunji-Bello, mni. 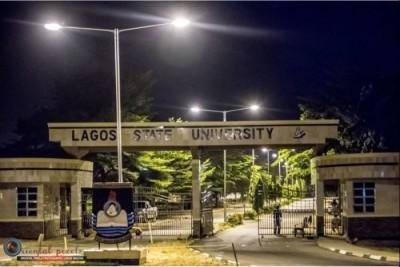 The Vice Chancellor, on behalf of the entire university community, congratulates Mr. Amuni on his reinstatement and wishes him well in the remaining part of his tenure.

LASU receives full accreditation for law and other courses