Doyin, a final year student of Adekunle Ajasin University, Akungba, Ondo State was allegedly swept away by a heavy flood. It was recorded that there was a heavy downpour that lasted for about 11 hours. According to reports, the deceased was dragged away to an unknown destination by the flood from a canal very close to her residence.

The heavy downpour that rendered many homes and valuables destroyed was said to begin around 2:45pm on Monday and lasted until 12:15pm on Tuesday 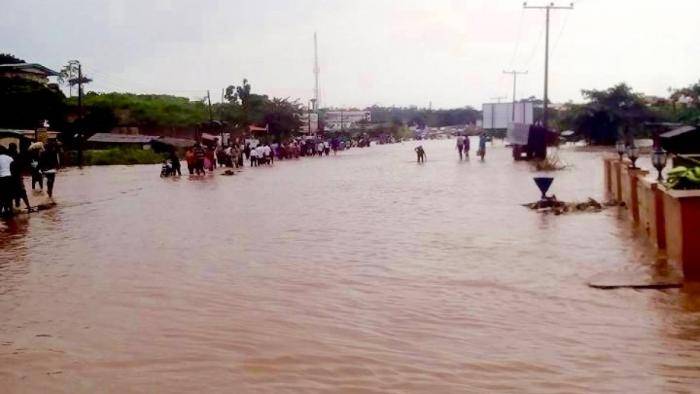 The landlord of the alleged missing student Mr. Elemukona Ademola who many thought has been carried away by the flood, explained how he narrowly escaped the flood by climbing a cocoa tree and hung on there.

It was reported that state commissioner for Agriculture visited the scene to sympathize with the victims, he used the opportunity to caution the residence of the community to avoid activities that could be blocking the drainage thereby causing flood.