A video was displayed on social media capturing two corps members exchanging blows after much confrontation on who should accord respect to the other. 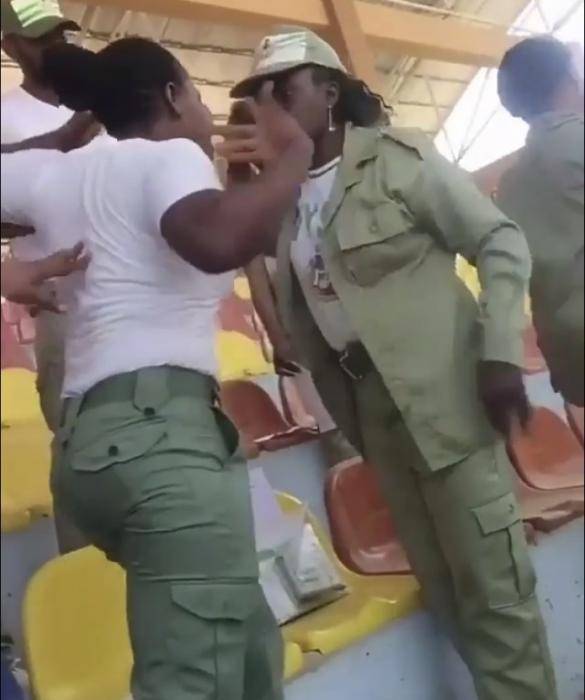 On Monday, 7th January, during their CDS meeting the same issue sprang up between two Corps members and this time it led to a fist fight.