The Committee of Deans and Directors, on behalf of the University Senate have approved the closure and indefinite suspension of Academic activities in Federal University Wukari. The registrar Mr Magaji Gangumi, in a statement released in Wukari, on Wednesday, said that the suspension became imperative following a protest by the students over the alleged incident. According to the statement, all students are expected to leave the University premises before 12:00noon on Wednesday.

“The Committee of Deans and Directors of Federal University, Wukari, on behalf of the Senate, has approved the suspension of lectures and closure of the institution till further notice. 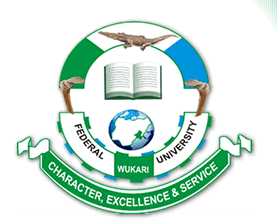 “This follows the protest by students over the kidnapping of their mates along Wukari-Katsina-Ala highway on Tuesday.

“Students are directed to vacate the hostels and the university premises by or before 12 noon on Wednesday,” he stated.

The Vice-Chancellor, Prof. Abubakar Kundiri, assured that adequate security measures had been put in place to ensure the safety of both staff and students as they leave Wukari. He said apart from school buses, the Chairman of Ukum Local Government in neighbouring Benue State was sending 10 buses to evacuate students from that state.

Prof Kundiri stated that security has also been reinforced from both the army and police to ensure that members of the academic community conveniently leave Wukari without any hitch.