Recall that Faith had defeated competitors from the UK, US, and China at the Global Open Mathematics Tournament, to emerge as the winner of the competition. Read here 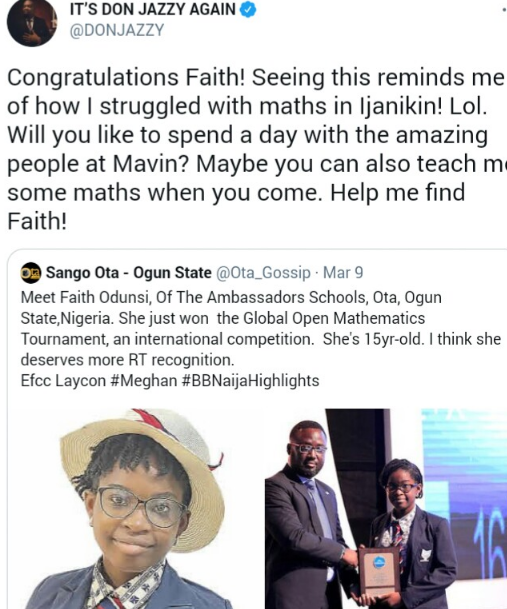 Impressed by Faith's performance, the music executive took to his social media in search of the mathematics genius.