In the charge sheet, Sunday was accused of sending electronic messages misrepresenting himself as being Mic Porter, a white male with the email micporter35@gmail.com, and duping one Mega Johnson to the tune of $1,000 through Western Union money transfer. 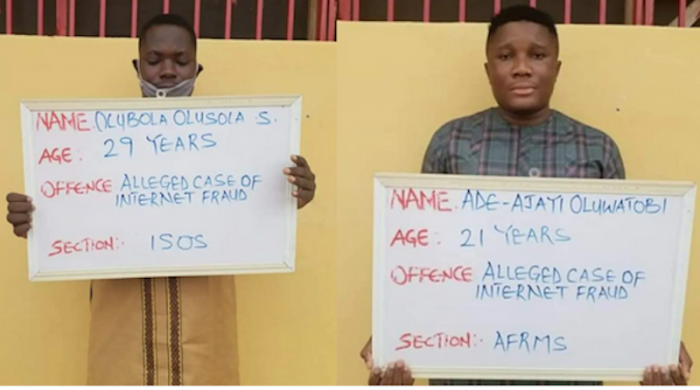 Oluwatobi on the other hand was accused of impersonating one Stacy Erisman with the intent to defraud one Umar Farouk who had chatted him via his email: stacyerisman9@gmail.com, thereby committing an offense contrary to Section 22(2) of the Cybercrimes ((Prohibition Prevention) Act, 2015, and punishable under Section 22(2) (b) (iv) of the same Act.