Instagram comedian, Mr. Macaroni has revealed that he attended four different universities for his degree program before he eventually graduated.

According to the comedian, his parents were his backbone and stood by him throughout the years even though people told them he had spiritual issues. He went on to pray that parents reap the fruits of their labor and sacrifice. 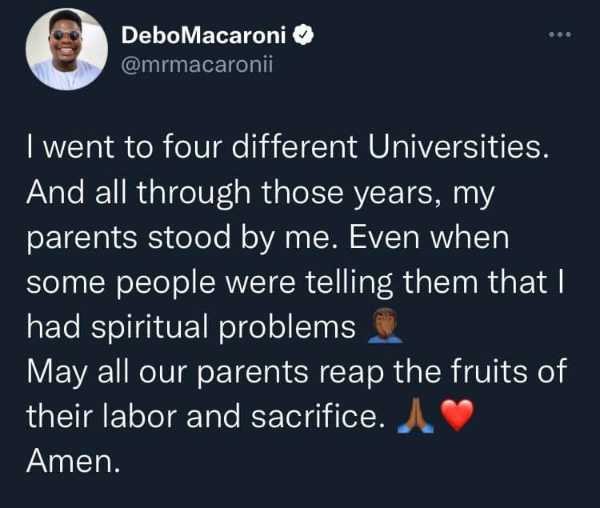 They have been unconfirmed reports that the comedian was a major student activist while in school, and he was expelled from the schools' dues to the various clashes he had with the universities management.