Former Governor of the Central Bank of Nigeria (CBN), Prof. Chukwuma Soludo has provided endowment funds for best graduating students in the Departments of Economics of the Nnamdi Azikiwe University, Awka and the Chukwuemeka Odumegwu Ojukwu University, Igbariam, Anambra State.

The funds were donated for the Prof. Chukwuma Soludo Prize for the Best Economics Student. Mr. Jude Emecheta, the leader of a group known as All Soludo Support Group donated the sum of N1 million to the Vice-Chancellors of the two universities, adding that the best graduating students of Economics from the two universities will get N100,000 for the next five years. 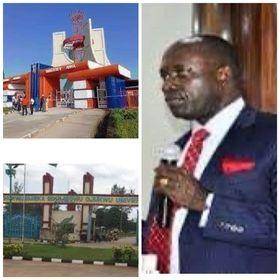 Receiving the cheque, the Vice- Chancellor of Nnamdi Azikiwe University, Professor Charles Esimone, and his Chukwuemeka Odumegwu Ojukwu University counterpart, Professor Greg Nwakoby, thanked the group for the gesture, saying that the ex-CBN Governor was a role model to be celebrated.