ABU student found dead hours after being bitten by a snake

A student of Ahmadu Bello University Zaria was found lying lifeless hours after she was allegedly bitten by a snake.

The student whose name was simply given as Khadijah was bitten by the reptile at the back of the institution's TETFUND building where she had gone to read. 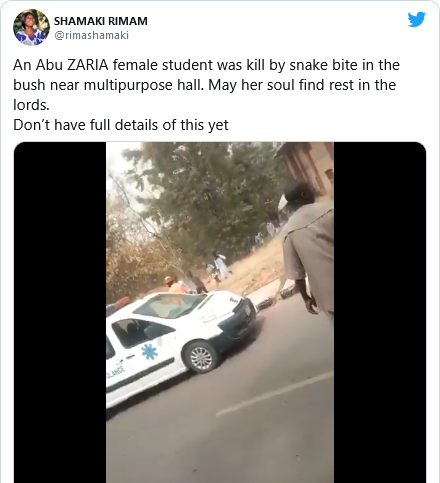 She was found dead hours after the snake attack.

An Abu ZARIA female student was kill by snake bite in the bush near multipurpose hall. May her soul find rest in the lords.
Don’t have full details of this yet pic.twitter.com/EkWGxFqKLV