Augustine Ugwu a 27-year-old final year law student of Nnamdi Azikiwe University, Awka, Anambra State, has allegedly been murdered by a police officer and his corpse hidden from his family.

Augustine was reportedly killed after being trailed by a local security outfit at a beer parlor at Odobido in Nsukka council area. Late Augustine had gone to a beer parlor with his friend on Thursday, April 23, 2020,  when members of the local security outfit (Civilian Anti-cult) arrested him, beat him, and handed him over to the officer in charge of Anti-cult in Nsukka, Ferdinand Nnamdi Ochi. 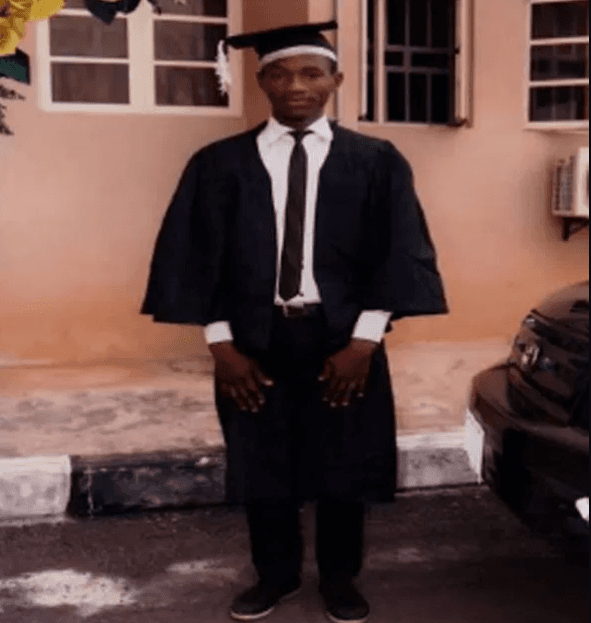 Ferdinand Nnamdi Ochi allegedly murdered him over a yet to be known issue and all efforts by the deceased father to recover the body of Augustine has proven abortive.

Pretty UNIZIK Graduate Allegedly Killed by a Man She Turned Down

princess
2 months ago
Why would Nnamdi Ochei kill him and hide the corpse if something is not wrong?. He should be arrested
Like 1    Dislike 0    Reply    Quote    Follow