One Salaudeen Waliyu a.k.a Captain Walz, a 400 level student of the Department of Microbiology, University of Ilorin has been arrested for allegedly beating a female lecturer identified simply as Mrs. Zakaria to coma on Thursday, November 11.

According to reports, the student who had Mrs. Zakaria as his project supervisor reportedly failed to take the compulsory Students Industrial Work Experience Scheme (SIWES), and resorted to asking the lecturer for help which she refused to oblige. 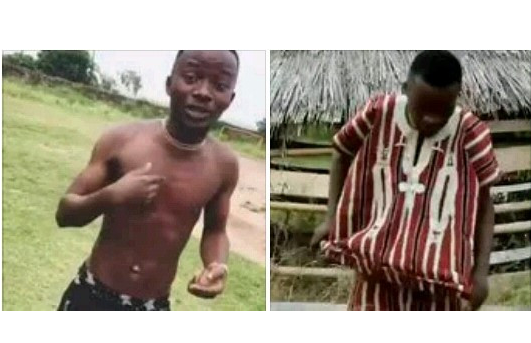 Angered by the lecturer’s refusal, Walz reportedly became furious and assaulted Mrs. Zakariya inflicting severe injuries on her. Despite the lecturer's effort in trying to escape from the attack, the student was said to have broken the window of an office she ran into for solace and kept punching her on the head.

A source also added that in an attempt to escape, the lecturer fell down, sustained a head cut, and was strangled by the student till she fell into a coma.

She was subsequently rushed to the hospital for treatment while Captain Walz was arrested by the security personnel of the university and handed over to the Police.

According to one Ishowo Oluwatosin, friends of the student claimed that he had been having "strange dreams" of people trying to strangle him.

UNILORIN student who assaulted a lecturer gives reasons for the attack