Miss Favour Fabian Chiekezi, has emerged as the winner of the National Essay Competition, Junior Secondary School category, organized by the Independent Corrupt Practices and other related offenses Commission (ICPC).

Favour is an indigene of Irete, Owerri West LGA of Imo State, and a student of Mountain Crest Schools. Her school received an award at the event and was represented by the proprietor of the school, Deaconess Akudo Okafor. 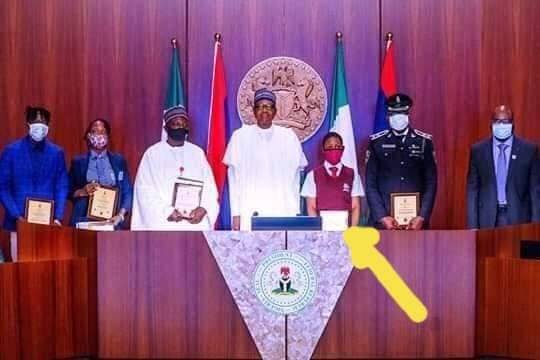 Favour was received by President Buhari and was given an Award of Honour and other prizes for her outstanding performance.

ICPC Charges Lecturer to Court for Misappropriation of N10.4m