As earlier announced by Myschool and Lintolpay.com, we'll be giving away 20GB of internet data to students, EVERY WEEK, till 3rd January 2022. We had stated that Students will primarily be selected based on their performance in the Myschool CBT Challenge Ranking.

Like we pointed out earlier, winners will be selected based on their performance and ranking in the Myschool CBT Challenge Ranking. There will be two categories of winners selected every month from the ranking as follows; 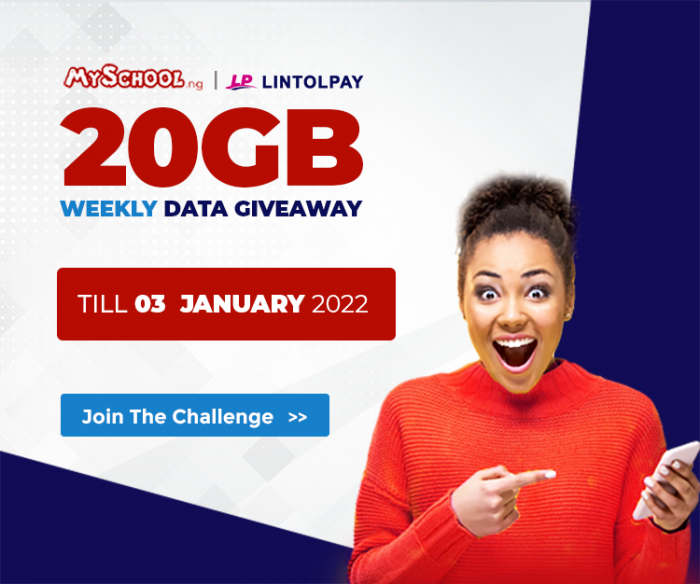 1. First week of every month: We will select the top 5 students on the Challenge Ranking.

2. Other weeks of every month: We will randomly select 5 students from the top 50 on the Challenge Ranking.

For the fourteenth week of this competition, the winners of the weekly 20GB internet data according to the CBT ranking are as follows;

Congratulations to the above winners, the phone numbers on your Myschool profile will be credited accordingly by Lintolpay.com.

The contest is still ongoing and will continue until 3rd January 2022. To qualify for a chance to win, you simply need to be among the top 50 on the Challenge Ranking. We will randomly select 5 winners from the list of 50. To join in the contest, read all the instructions at this link; https://myschool.ng/news/we-are-giving-20gb-data-from-lintolpay-every-week-till-2022