Viral hawker who was seen feeding inmates in a van gets scholarship offer from businessman, Obi Cubana

Luck has shone at Ekuma Jeremiah, a sachet water seller whose video had gone viral on the internet after he gave money to prisoners in a Nigerian Correctional Service van.

In the video, Ekuma who hawks sachet water popularly called ''pure water'' was seen sharing the proceeds from the day's sales to the inmates whose van was waiting at a traffic light stop, at VGC bus stop, Ajah Lagos. This act earned him accolades from social media users, who then went a step further to unravel his identity. 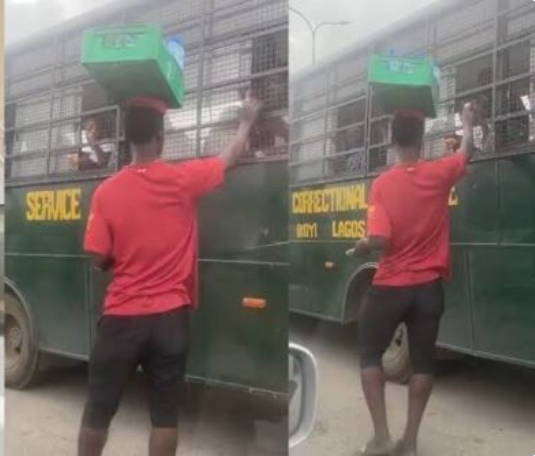 During an Instagram live session with popular On-Air personality, Ifedayo Olarinde aka Daddy Freeze, businessman, Obi Cubana promised to sponsor Ekuma’s education till the Masters level in an institution of the boy’s choice. The billionaire also said that he wants to be Ekuma’s mentor.