A university of Nigeria Nsukka (UNN) graduate, and a serving corps member in Akwa Ibom who was apprehended for hacking her lover, Japhet Akwaowo to death, read here has revealed the reason behind the act.

The NYSC member, Princess Odume was caught with bloodstains all over her body while trying to jump over a fence, told the police upon interrogations that she killed the deceased in self-defense. 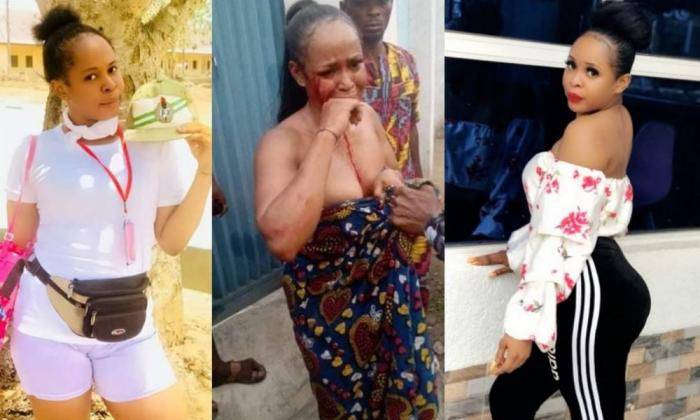 Odume claimed that she had met the deceased when she went to buy bean cake, and they got talking after which she found herself in his house. She said while waiting outside the house, Akwaowo went inside and brought out a knife, threatening to stab her if she doesn't take off her clothes and have sex with him.

She reportedly overpowered the deceased and stabbed him to death. This was confirmed by the Akwa Ibom state police spokesperson, Odiko Ogbeche-Macdon.

UNN notice on hostels to be used for post utme accommodation