The provisional admission of a UNILAG student has been reportedly withdrawn, after he was tested positive for Drugs. In October 2018, it was reported that a compulsory drug test will be part of the 2018/2019 Registration exercise for newly admitted students into the institution.

However, the test exercise have been concluded and students are now being notified on their results. A student identified as James happened to be a victim and his admission has been reportedly withdrawn after being tested positive to Marijuana use. A student shared the screenshot of the letter on his whats app status as seen in the picture. 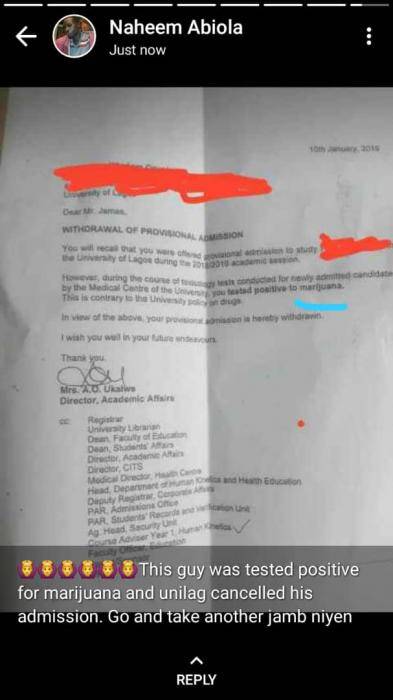