Yesterday, November 28, students of the Federal Polytechnic Offa, Kwara State, were involved in a fatal accident along Kano road which took the lives of some students. The student were reportedly going for their NYSC 3 weeks Orientation Camp Exercise when tragic struck.

While some have been reported dead, some are in a state of coma struggling for survival and others have been left with critical injuries. 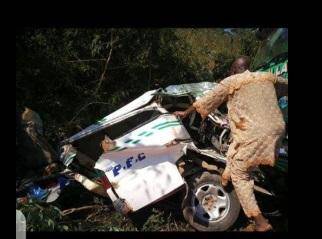 Some of the students took to Facebook to mourn those that has been reported dead.