Yahuza Tijjani, a 200l student of the Bayero University who was detained September 30 for criticizing Kano lawmaker Kabiru Isma’il has been released.

It was reported that the Science and Technology Education student missed a semester while in detention for the Facebook post he made, criticizing a Kano Lawmaker. The Justice Aminu Gabari of the magistrate court in Kano allegedly ordered his release. 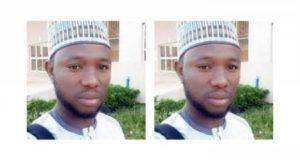 Meanwhile, it was recorder that state Judge allegedly ordered the student's detention.