An Ogun state Divisional Police Officer (DPO), Alimeke Ignatius, was left with a broken head with blood gushing out of his cracked skull after a fight broke out between some secondary school students in Abeokuta, Ogun state.

According to reports, students of Egba Comprehensive High School and Asero High School in Abeokuta had a clash on Monday, November 22, causing tension among the residents of the area. The students were said to have hurled stones and other weapons at themselves, blocked the main road, and restricted vehicular movement. 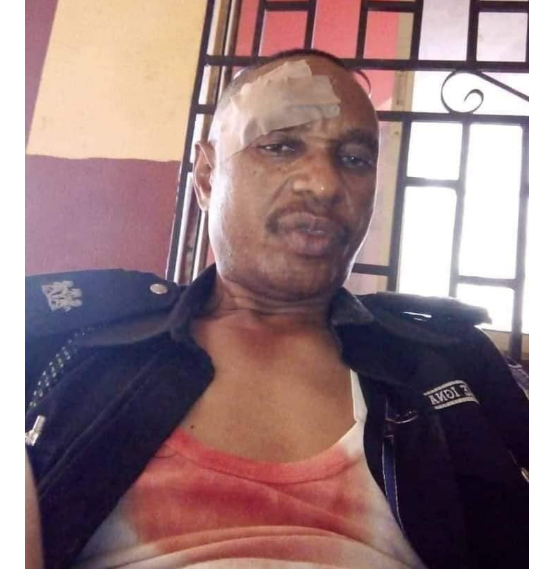 The DPO and his men were attacked by the rampaging students after they arrived at the scene of the fight to prevent violence. Stones thrown at the operatives hit the DPO on the head and he was rushed to an undisclosed hospital for medical attention.

Spokesperson of the State Police Command, Abimbola Oyeyemi, who confirmed the incident on Wednesday, said the students engaged in a fight, and the police from the Obantoko station were called to take charge of the situation. He added that the students cannot be arrested because they are minors.

HOW I BECAME AN 'A' STUDENT: An article written by the best Graduating Student Kaduna State University

Who can solve this?